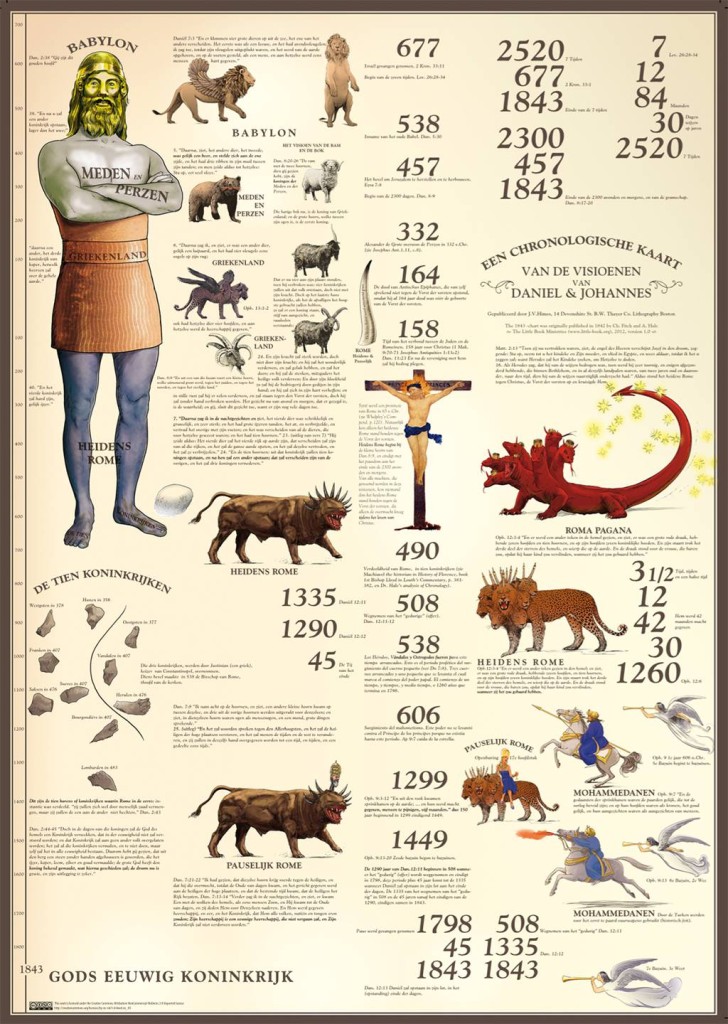 The Millerite chart from 1843 in Dutch. Published according to the prophecy in Habakkuk. Habakkuk 2:2 “And the LORD answered me, and said, Write the vision, and make it plain upon tables, that he may run that readeth it.” About this chart E.G. White writes in her book Early Writings on page 74: “I have seen that the 1843 chart was directed by the hand of the Lord, and that it should not be altered; that the figures were as He wanted them; that His hand was over and hid a mistake in some of the figures, so that none could see it, until His hand was removed.”

View all posts by littlebook