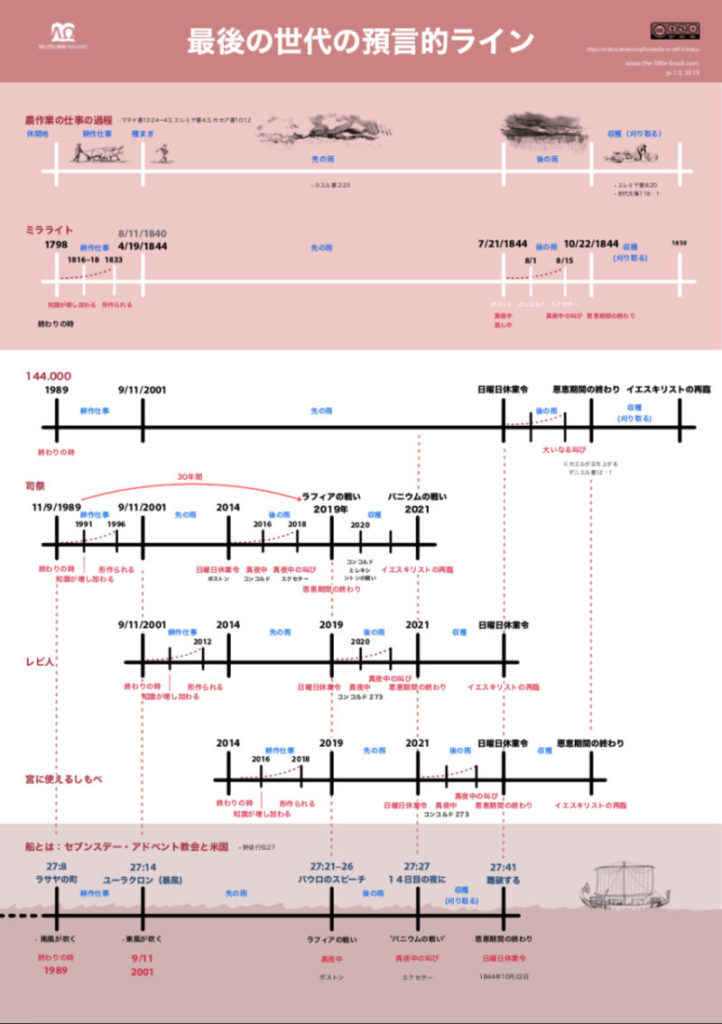 This chart illustrates the parallelism between the Millerite timeline and the line of the 144.000. This line is based on the “agricultural model” as laid out in Marc 4:28, 29 and other biblical passages. It also illustrates the relationship between the Priests, Levites and Nethinims during the final period of our history. Download:Last Generation JP 1.0

We need your help to continue spreading the gospel and the good news of Jesus soon coming! Pleas consider supporting us with your finances. God bless!