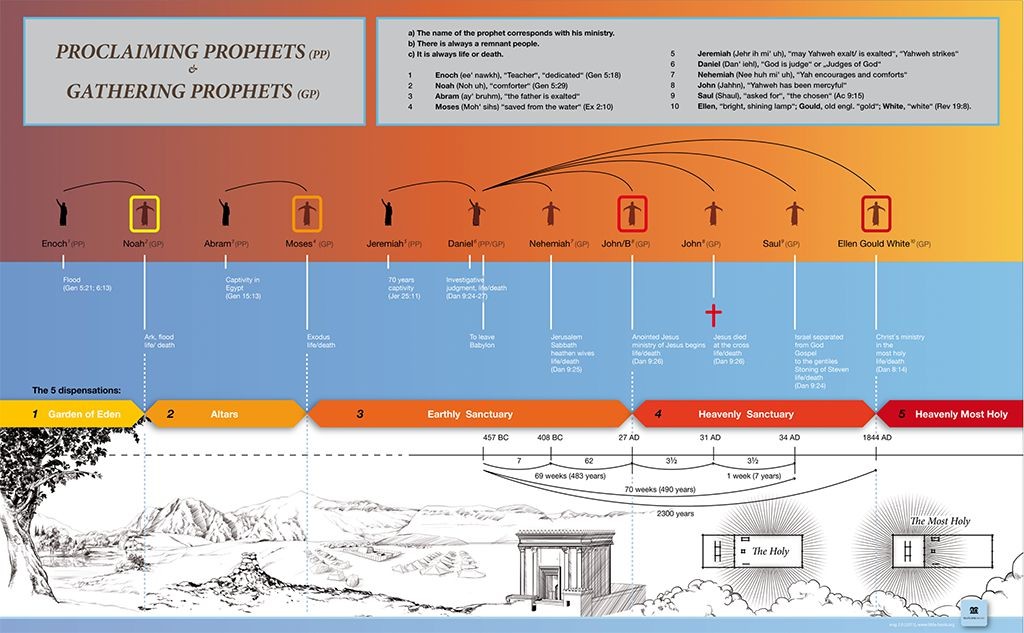 “Because thou sayest, I am rich, and increased with goods, and have need of nothing; and knowest not that thou art wretched, and miserable, and poor, and blind, and naked:  I counsel thee to buy of me gold tried in the fire, that thou mayest be rich; and white raiment, that thou mayest be clothed, and [that] the shame of thy nakedness do not appear; and anoint thine eyes with eyesalve, that thou mayest see.” Revelation 3:17,18

Throughout time, the names of the prophets have always corresponded to the work given them of God.  This chart outlines the most notable Bible prophets from Enoch to Elen White. It also which were Proclaiming Prophets and which were Gathering Prophets and gives the meaning of their names and a short description of the work they were given. It also shows the change in dispensation of worshihp from the gates of Eden to the Most Holy place in Heaven. 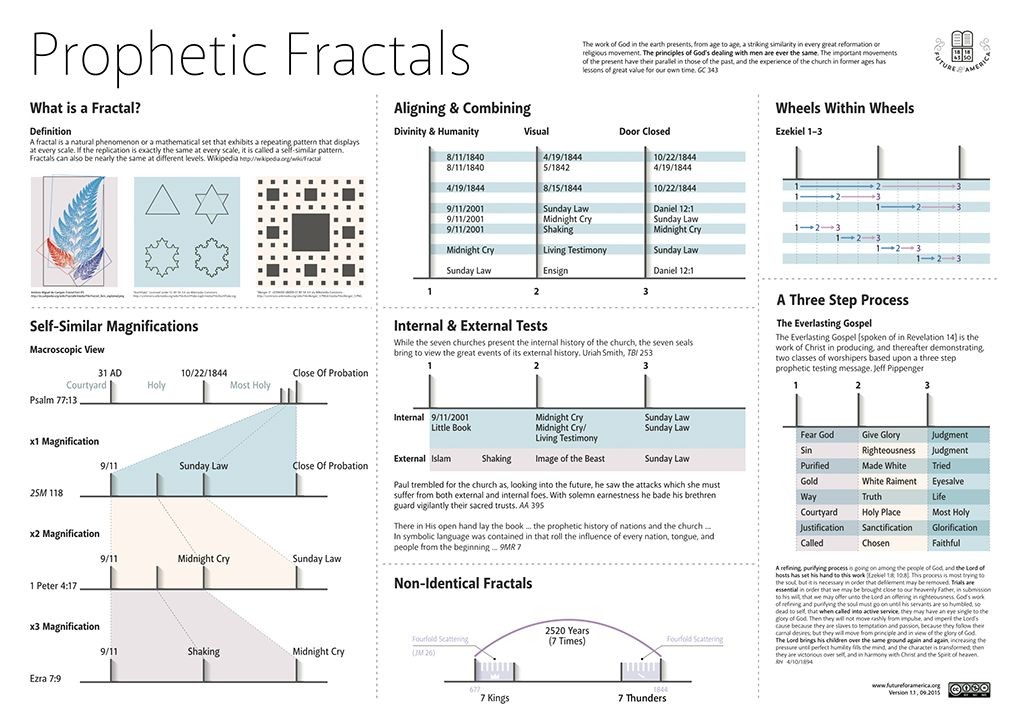 As Ezekiel saw the vision by the river Chebar (Ezekiel chapter 1,) all appeared to be in confusion.  But as he watched, he realized that it was all under the control of God and it all fit together perfectly.  Says the prophet: “The wheels were so complicated in arrangement that at first sight they appeared to be in confusion; yet they moved in perfect harmony. Heavenly beings, sustained and guided by the hand beneath the wings of the cherubim, were impelling those wheels; above them, upon the sapphire throne, was the Eternal One; and round about the throne was a rainbow, the emblem of divine mercy. As the wheellike complications were under the guidance of the hand beneath the wings of the cherubim, so the complicated play of human events is under divine control. Amidst the strife and tumult of nations He that sitteth above the cherubim still guides the affairs of this earth.” Prophets and Kings PP 535-536

Recently much light has been opened in regards to the prophetic timelines and specifically, fractals of those timelines.  While at first look, these timelines seem to be in confusion, the more you study them, the more one can see that the hand of God is and has been at work throughout human history.  This chart explains what prophetic fractals are and how to apply them in your studies. 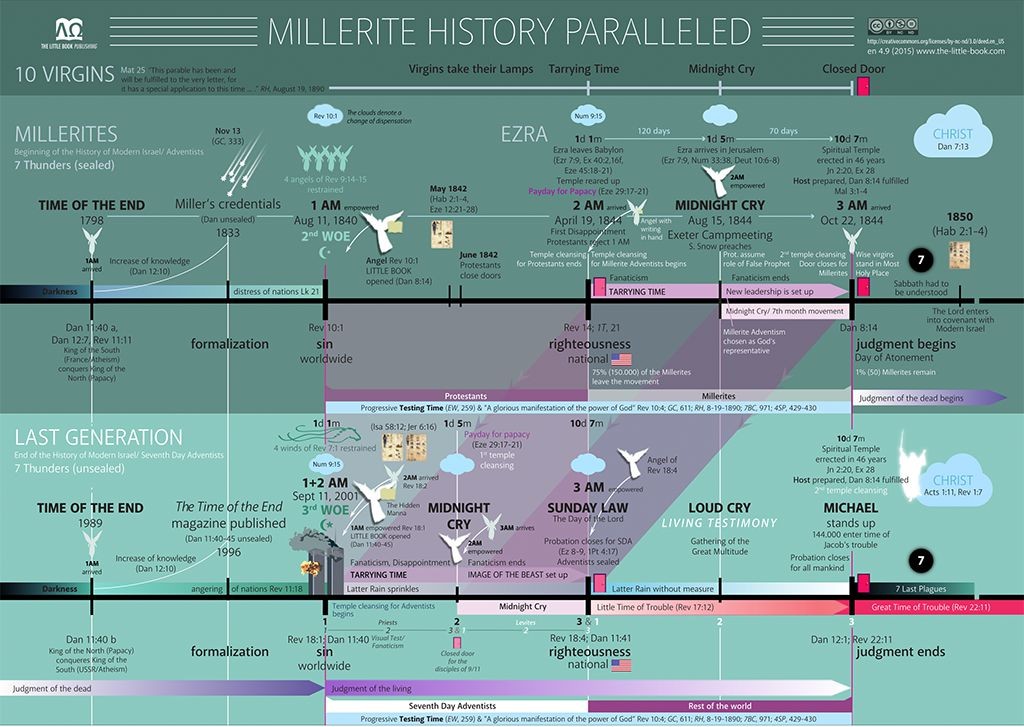 “After these seven thunders uttered their voices, the injunction comes to John as to Daniel in regard to the little book: “Seal up those things which the seven thunders uttered.” These relate to future events which will be disclosed in their order. Daniel shall stand in his lot at the end of the days. John sees the little book unsealed. Then Daniel’s prophecies have their proper place in the first, second, and third angels’ messages to be given to the world.”  SDA Bible Commentary, Vol 7, pg 971

The seven thunders represent the Millerite time period, the proclamation of the first and second Angel’s messages.  These messages are to be run parallel with the third and are repeated in the fourth         Angel’s message of Revelation 18; “And after these things I saw another angel come down from heaven, having great power; and the earth was lightened with his glory. And he cried mightily with a strong voice, saying, Babylon the great is fallen, is fallen, and is become the habitation of devils, and the hold of every foul spirit, and a cage of every unclean and hateful bird. For all nations have drunk of the wine of the wrath of her fornication, and the kings of the earth have committed fornication with her, and the merchants of the earth are waxed rich through the abundance of her delicacies.” Revelation 18:1-3